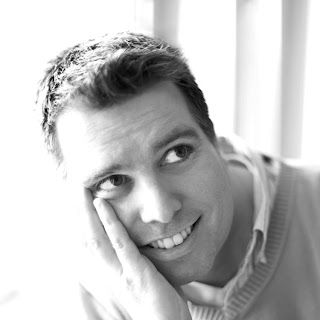 My first "About Me" in this Blog was written in Dutch over a year ago so it needed both an update and a translation.

I am Dagmar Sporck, 39years old, married to Maddy (Maddalena) and father of two fantastic girls (Giorgia of 7 and Giulia of 10 years old). I represente Dutch and German companies in Italy and Ticino-Switzerland with my company Sales4Italy. And for the German readers: Yes, I am a male Dagmar!

Since 1996 I am a proud member of the Round Table, first in RT171 Kerkrade, NL and since 2008 in RT64 Varese. Last year as IRO, this year as Vice-President and as of June 2011 as President. I hope to be able to attend some interesting RT-meetings in the next two years: the Gala in the Academy of Siena in November this year, the Italian AGM in Taormina, Sicily June next year and various international meetings as well. In Switzerland I try to visit as much RT's as possible, combining the business trips with visits to the local RT-meetings.

End of this month (28-31 October 2010) the Twinning partner of Morazzone, Wimblington will visit Morazzone. I am honored to be part of the organisation of this event as chairman of the Morazzone Twinning Committee.

The so called Social Media are getting quite a lot of my attention as well. I was an early adapter of XING and LinkedIn, one of the first to move to facebook in the Netherlands (where the national equivalent Hyves is still far more popular), Over a year ago I discovered Twitter and after a slow start I now can't stop tweeting, RT'ing and replying. This might be my only real addiction!

What's more to say? I like cooking, but even more I like to eat honoust food with a good glass of wine. If money wasn't an issue I would be travelling around the world a lot more. Especially city-trips.
I have a lot of experience playing around with computers (started with C64, self build PCs, Macs), operating systems (Windows 3.x, XP,7, Ubuntu 9.x/10.x, Mac OS X), software-applications (office suites, graphical, DTP), mobile devices (iPhone, Windows Mobile 5.x/6.x, pda's), and so on. I like to watch movies, listen to music and I can't stand disorganized CD/DVD collections so I put everything on my server (WD MyBookWorld) and play it on PC, laptop and of course the fantastic XBMC Live box (on a Foxconn NT330i barebone).

Although the names of my 3 girls might make you think at least 3 of us are Italian we all have the Dutch nationality and are all born in the Netherlands, in the utmost south-east, Limburg. To Italians I do like to say we're the Olandesi Pugliesi (the Dutch from Puglia). Just like Puglia, the heel of the Italian boot, is hanging on to the rest of Italy as an appendix, Limburg is the Netherlands' appendix.
The four of us moved to Italy in August 2008. Our motivations were not business nor did we want to open a B&B, we just liked the idea of living in Italy, close to the mountains, the lakes, Varese, Milano, Lugano, etc. So one day in 2007 we took the decision, put our house on sale (which we sold) and we moved from Kerkrade to Morazzone (VA), Italy, where we bought a house. After some time off (sabatical) I wanted to start doing something not involving too much travelling away from home. So I joined Engel&Völkers Real Estate at the Lago Maggiore. Not the best choice ever but I learned a lot, and I got to practice my languages every day. Languages I use every day being in touch with business relations from the Netherlands, England, Germany, France, Belgium and of course Italy and Switzerland!

So I live in Italy where people still know how to enjoy life and (at least as important) good and honoust food!

Wanna know more about me, just ask!
Email ThisBlogThis!Share to TwitterShare to FacebookShare to Pinterest